A Gem from the American Southwest

Have you been thinking about the source of your inspiration lately?  I believe that inspiration is all around us everyday and comes to us from a multitude of ways.  As a photographer, the creative process necessarily requires inspiration.  For me, my daily experiences serve as a prime source of inspiration.

In a typical day, I interact with dozens of people and ideas stem from conversations with these people or with the many places I have visited.  In some cases, the ideas may not come until later, when I am able to connect my recent experience with some type of experience in my past.  For example, I was in awe by the beautiful landscapes and ghost towns in the American Southwest late last year.  During my travels, I explored tourist favourites such as the Grand Canyon, Monument Valley, and Death Valley.  These are breathtaking places that would inspire many landscape photographers as they lose themselves in the wonder of nature.  In fact, I plan to share some of my own photos from that experience in a later post.

But let’s not go off topic.  During my visit, I realized in a series of vivid dreams that the golden vistas against the red earth of the American Southwest made for a perfect setting for an editorial story.  The many ghost towns in Arizona (which were abandoned after copper mining in the local areas were no more), for instance, leave behind the magic of movie sets frozen in time.  One such ghost town was near the edge of Arizona close to the Mexican border.  I scouted out this location meticulously beforehand and coordinated both the story and the outfits to create the story of a girl who almost appeared to be lost in time.  Indeed, the old, abandoned Shell gas station, classic cars from the 1950s, and old store front signs complete the atmosphere of this story.  The results are in my recent project “Desert Rose” here on the website.  I hope you enjoy this set of photos and that it serves as a source of inspiration for you as well! 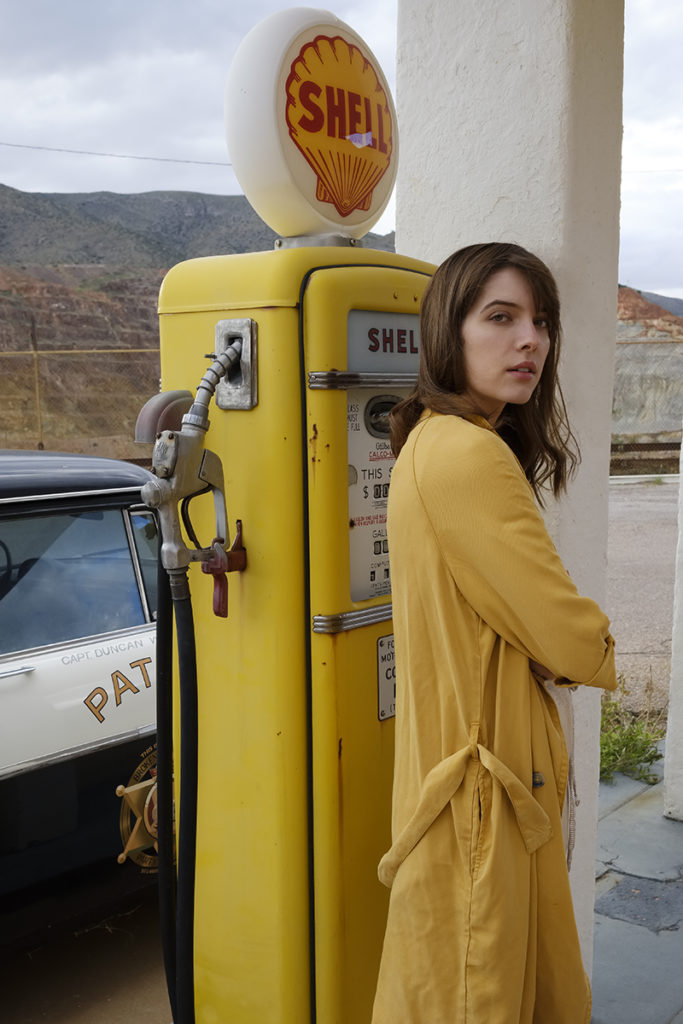