Cinematic Influences and the Story Behind Afternoon Embers

This month, I rewatched some old movies by Tarkovsky and felt inspired by the poetic harmony often described in his cinematic work.  Most Tarkovsky films are quiet, atmospheric, and contemplative in ways that may not excite some of today’s audiences.  However, also being a photographer, his films are centered on the philosophy that ideas and emotions do not always have to be through the spoken word.  Many scenes from his films embody a surreal and hypnotic feeling.  For example, in his 1975 film “The Mirror”, a women awakens to the sounds of dogs barking amid a beautiful orange sun, only for us to discover that the orange light was from the flames ravaging her house to the ground from a distance.  Here, she watched in complete silence while the fire engulfs her home, seemingly unfazed externally while a million emotions are conjured in the viewers themselves.  In a sense, the audience sees, the audience feels, and the audience even participates in sharing her quiet sorrows as the camera holds still on the burning house.  Undeniably, the stillness, photographic aesthetic of the frame and the heightened emotions from sound of crackling wood under the immense fire is utterly palpable.

Thus, it is with this philosophical approach to creating art that compelled me to explore similar emotions in a new visual poetry series of photographs.  In Canada this year, November was one of the coldest months of the year right before snowfall.  Finding a suitable shooting location became a challenge, but I knew I wanted to convey the multitude of emotions I felt during the house burning scene in The Mirror.  In film-making, we rely our visual and auditory signals to enjoy the story.  On the other hand, photography entrusts emotions to be communicated visually first, with all our other senses brought forth as a result of our experiences and perceptions only.  This is the challenge of photography, and yet it is also oddly beautiful when a photograph can communicate such deep, layered emotions in the viewer.

And so, on a cold but sunny November afternoon, our model Amy joined me in creating Afternoon Embers.  The wardrobe was sourced from TopShop, helping to create a free spirited coachella vibes of the 70s in the approximate period of Tarkovsky’s films.  We explored the interior of an old brick building, stumbling into hidden treasures along the way.  As the sun was beginning to set, the lighting was perfect as it peered through the hazy windows as though the light was providing Amy with a gentle embrace.  With Amy’s dark dress and the shadows cast on Amy from the soft, orange light, the sun reminded me of embers burning in the night.  This was how Afternoon Embers came to be.  I won’t speak too much about the visual concept of the photo as I hope you will enjoy its emotions within.  This photo was unedited and easily became one of my last and favourite photographs that I have taken this year.  You can see it featured here. 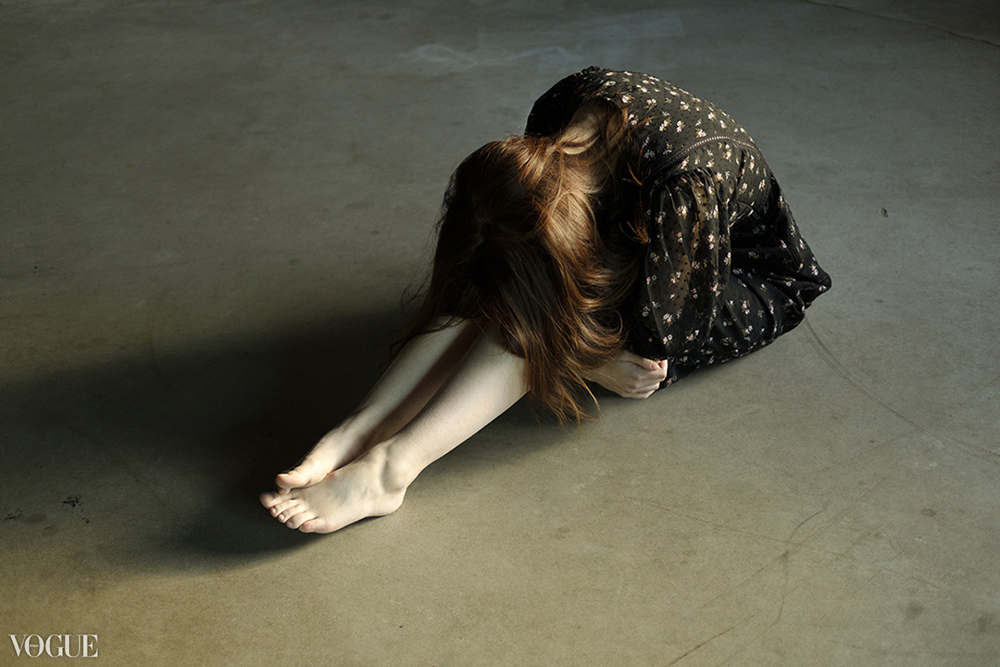