Do you remember the grunge 90s?  Perhaps most prominent from this era was the music of bands like Nirvana with their raw, melancholic emotions echoing through their music.  Just as importantly, the 90s was an era in fashion that departed from the glitzy, polished looks of yesteryear, and instead replaced by what is later known as “Grunge” fashion, which many still consider to be a niche, counterculture genre of fashion.  I can easily understand how many do not regard grunge as real fashion with its seemingly carelessly matched looks and mix and match of cheap and classy clothing.  Yet, few can deny the influence of this era.  Many who lived through this era may remember the debut of a then-unknown Kate Moss on her first magazine cover in “The Face” magazine in 1990.  Those photos, titled “The Third Summer of Love” by photographer Corinne Day detailed a young and very skinny Kate Moss with a very non-traditional look.  Despite widespread controversy and criticism, little did we know that this would kick off the start of the grunge 90s era in fashion and also launch this model’s career into super stardom.

For me, the raw, palpable, and often gritty atmosphere that was associated with grunge gave rise to a more accessible side of fashion that catered not just to the rich and privileged.  Seeking inspiration from the music and energy of this era, I felt it appropriate to pay tribute to this style of a bygone decade.  This shoot, titled “Not a Meth Lab” was named after stumbling across some random notes scribbled at the side of a building, which coincidentally captured the spirit of the times.  In this series, the focus was to capture the highs and lows of the emotions of a girl’s adventures on a summer’s day.  Captured with a documentary-like style, I felt that the model’s natural self became real and relatable to viewers long after the images were taken.  And that, to me, is part of the lasting appeal and ethereal quality of the grunge era.  I hope you enjoy the series here!  P.S.: This is the first time I have photographed Monique and we were really able to channel the mood of the grunge era! 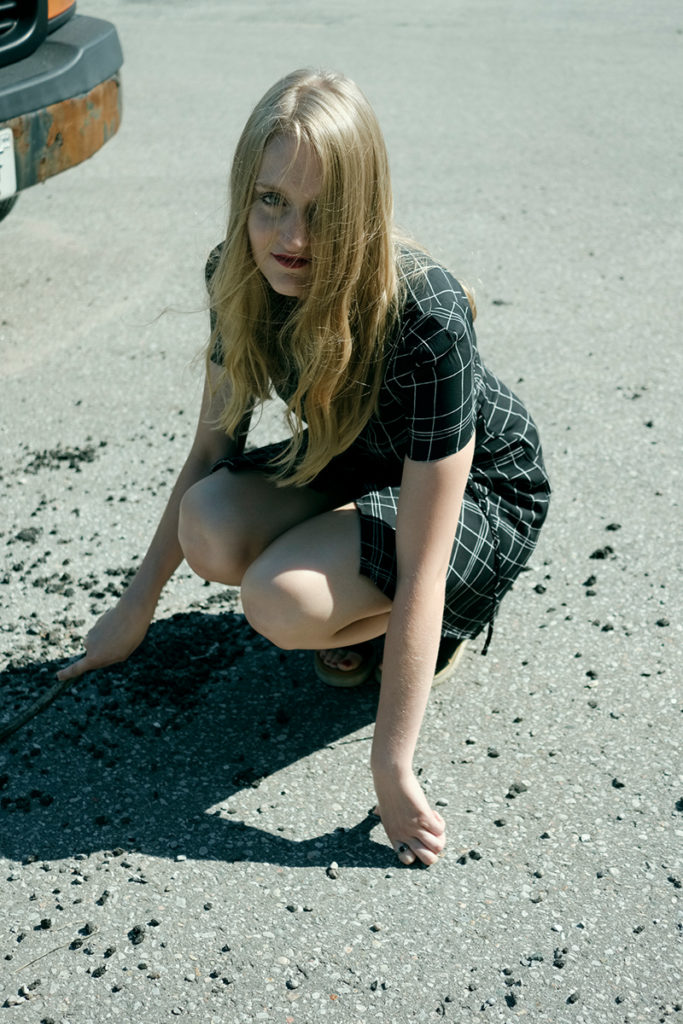